One of the first cocktails I learned to make was the classic highball, better known as the Rye and ginger. Spicier than bourbon, rye was the most popular whiskey in the country before Prohibition. Made from a mash of fermented rye grain—sometimes blended with barley, corn and other grains mixed in—rye whiskey has a more aggressive flavor than the sweeter bourbon and is traditionally used in many classic cocktails, including the legendary Manhattan, made famous by Jenny Churchill (Winston’s Mum!).

Before Prohibition only fancy men or the stray scandalous party girl would be seen ordering rye with the addition of a soft drink. Rye was served straight, a manly man drink of the working class. During Prohibition what passed for rye was often grain alcohol mixed with coloring and harsh flavoring added to mimic the musky, peppery blends popular before the ban. Soft drinks were added to cut the throat burning flavor and the taste of ginger flavored soda seemed to be the most complementary. Even after the repeal rye and ginger remained a popular cocktail for gents and ladies alike. The legendary Babe Ruth even included a quart sized version of the fashionable cocktail to wash down his mammoth sized breakfast of a half dozen fried eggs, potatoes and a giant porterhouse steak!

Today artisan distilleries are producing some delicious examples of American rye including NY’s own Tuthilltown and Finger Lakes distillery. At Tuthilltown (the first to produce NY rye since Prohibition), they even grow and harvest their own rye to use in the production of this special craft spirit. 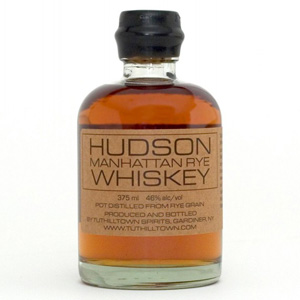 While these stellar spirits are tasty on their own I still crave the occasional rye and ginger! Lately I’ve been mixing up my highball with a twist, using Morris Kitchen craft ginger syrup and Perrier instead of Schweppes. With a bit of experimentation I’ve come up with a delicious version of my own house made Ginger Syrup with a twist including peppercorns and a bit of thyme. Try it you will love it!

Sweet Ginger Syrup with a Twist

Put all ingredients in medium sauce pan and stir to blend on medium heat to simmer. Once liquid is clear reduce heat to low and steep for an additional 40 minutes.

Remove from heat and let syrup come to room temperature. Strain through fine sieve and pour into glass storage container. Will keep in fridge for up to a month. Try it using your favorite rye in my recipe below!

Add Whiskey to highball glass filled with ice, top with syrup and Perrier. Stir and enjoy! If you like you can add a bit more syrup to your taste.